Last week, the American Humane team had the distinct privilege of facilitating a reunion between retired Military Working Dog Anjin, an eight-year-old Belgian Malinois, with her best friend, U.S. Air Force Staff Sergeant Dustin Reed. The trans-Atlantic reunion was made possible through the generous support of Nylabone, who covered MWD Anjin’s transportation costs.

Unlike many reunions that American Humane has orchestrated in the past, this heartwarming moment did not occur in the continental United States, but on the other side of the Atlantic Ocean, in Italy. SSgt Reed is stationed at Aviano Air Base near Venice and will remain at his current post for several years. Anjin and SSgt Reed met thousands of miles away at Lackland Air Force Base in Texas, the epicenter of the military’s MWD program, while SSgt Reed attended a K-9 Trainers course. 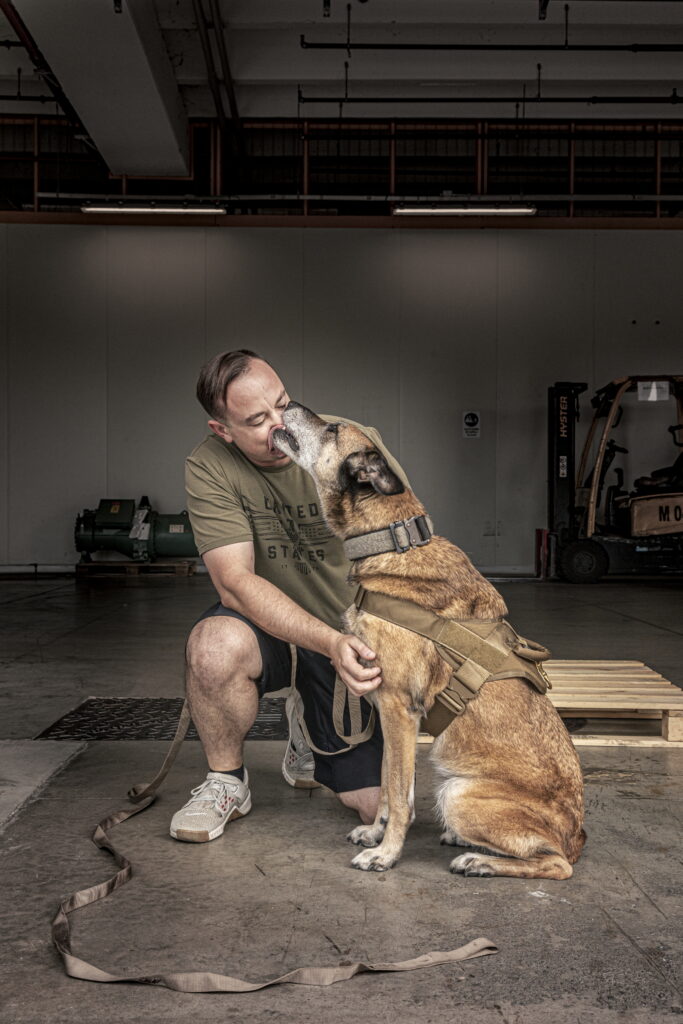 SSgt Reed is excited to give Anjin her well-deserved retirement in a spacious yard under the luxurious Venetian sun. According to SSgt Reed, “There’s nothing that can replace the feeling of having your best friend at your side and I’m happy to begin this next chapter of my life with Anjin here.”

American Humane has worked alongside the U.S. Armed Forces for more than a century, since the then-U.S. Secretary of War requested our animal first responders deploy to the ravaged battlefields of Europe to care for horses injured during the fighting of WWI.

To learn more about American Humane’s work alongside the U.S. Armed Forces, and to support our efforts to reunite retired MWDs with their former handlers, visit www.AmericanHumane.org/military

Diana, a U.S. Air Force veteran and a graduate of our #Pups4Patriots program, recently got married! And who was by her side during the ceremony? Her sweet service dog, Sam! What a beautiful family, congratulations! #ServiceDogMonth

Alphie, who was awarded the American Humane Medal of Courage in 2017, has crossed the rainbow bridge. Alphie deployed twice to Afghanistan before becoming a @TSA explosives detection K-9. Thank you for your service, Alphie. You will always be remembered. @TSA_Southeast

The truth of the matter is that in these tough economic times, pet owners are struggling to make ends meet and many can no longer afford to care for their furry best friends like they once could. Read @RobinGanzert's recent op-ed in @FoxNews to learn more:

Inflation is hitting America's 90 million pet owners hard and they need help, too