The heartfelt reunion was a wonder to behold and well-deserved. After training in explosive detection and working to protect America’s brave men and women her entire life, Xxanthe can now enjoy her golden years on Hawaii’s beautiful beaches. 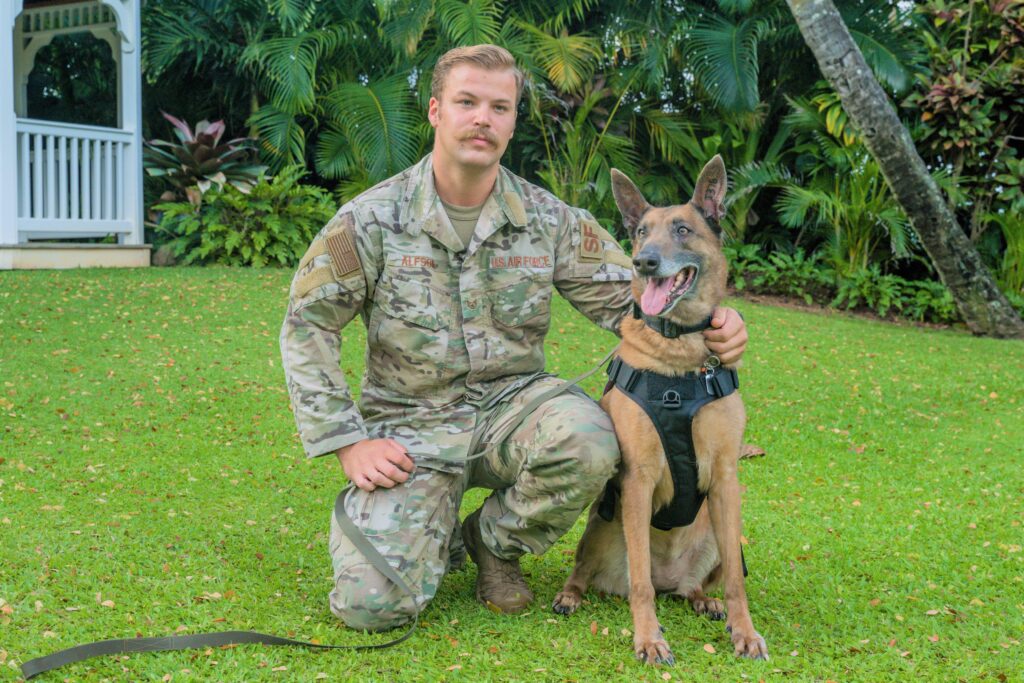 Xxanthe is a 10-year-old Belgian Malinois who served with SSgt. Alfson for a year and a half during 2019 and 2020 while the pair were based in Mountain Home, Idaho. Xxanthe and SSgt. Alfson deployed together to undisclosed locations in the Middle East as part of Operation Freedom’s Sentinel and Operation Inherent Resolve, putting themselves in harm’s way to keep their fellow troops safe from danger. For more than a year now, however, the pair have been separated as SSgt. Alfson was reassigned to Hickam Air Force Base in Hawaii.

Thankfully, now the danger is behind for Xxanthe.

American Humane has been working alongside the U.S. Armed Forces for more than a century, when the U.S. Secretary of War requested that the organization’s animal first responders deploy to war-torn Europe. And today, after bringing together Xxanthe and SSgt. Alfson, American Humane has successfully completed 45 reunifications between retired MWDs and their former handlers.

In 2016, American Humane worked to ensure that the National Defense Authorization Act included language that guaranteed retired MWDs a retirement on U.S. soil and gave their former handlers first rights of adoption. Due to the physically demanding nature of service, American Humane works to ensure that the medical needs of retired MWDs are met to provide as comfortable a retirement as possible.