American Humane’s rescue units are stationed across the country to ensure a swift response whenever and wherever animals are in crisis. Our first responders travel the nation with a fleet of specially equipped rescue vehicles, including American Humane’s flagship 82-foot “Rescue Rig,” which are fully outfitted with lifesaving emergency supplies for every condition. The Rescue Rig is even furnished with a mobile operating theater and state-of-the-art command center enabling vital communication and coordination during major disasters.

Using these rescue vehicles as operating bases, American Humane Red Star® deploys to the sites of severe floods, earthquakes, and hurricanes, among other natural disasters, where our first responders work tirelessly on the ground to locate, shelter, and provide veterinary care to vulnerable animals in need.

Whenever and wherever tragedy strikes, whether a natural disaster or an incident of deplorable abuse, American Humane Red Star® is there for animals.

Before Hurricane Florence hit the east coast, the American Humane Rescue Team had already jumped into action evacuating shelter cats in the path of the approaching storm and transporting them nearly 800 miles to safe, dry ground. When the storm made landfall, our team mobilized again, sending two emergency rescue vehicles loaded with boats, medical supplies, and tactical rescue equipment…
September 26, 2018

How to protect your pets from Hurricane Florence

Hurricane Florence, which is rapidly approaching the U.S. East Coast, was upgraded to Category 4, indicating that “catastrophic damage will occur.” Its 130 mph winds of destruction will likely hit the Carolinas on Thursday or Friday. It is expected to hover near or over the coast for up to four days, threatening to become the “Harvey of the East Coast,” with intense… 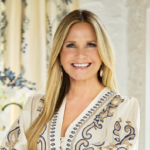 The Animals of Fukushima: One Year Later

For Animals in Devastated Bahamas, One Month Has Passed, but Crisis Has Not

In First Wave of Rescues, 72 Cats Safe and Sound as American Humane Rushes to Evacuate Animals Caught in Path of Hurricane Florence