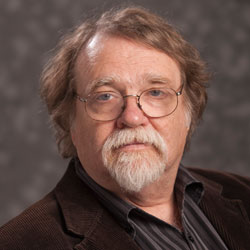 Paul B. Thompson holds the W.K. Kellogg Chair in Agricultural, Food and Community Ethics at Michigan State University, where he serves on the faculty in the departments of Philosophy, Community Sustainability and Agricultural, Food and Resource Economics. He received his Ph.D. in Philosophy from the State University of New York at Stony Brook and has held posts at Texas A&M University and Purdue University. Thompson’s research and teaching has focused on ethical and philosophical topics in food and agriculture. He is the author or co-author of over two hundred articles in refereed journals or scholarly books. Thompson has served on advisory boards at the U.S. National Research Council, the U.S. National Academy of Engineering, Genome Canada and for numerous academic journals, including Environmental Ethics and Agriculture and Human Values. He was a founding member and second President of the Agriculture, Food and Human Values Society, which awarded him its award for Distinguished Career Contribution in Research in 2013.

Food and Agriculture Organization of the United Nations, Contract for multiple projects on intensification and biotechnology, US$20,000. Approved, February, 2003.

Food and Agricultural Organization of the United Nations, Contract for White Paper/Expert Consultation on Ethics, Food Safety and the Right to Food, $6000. Approved December, 2001.