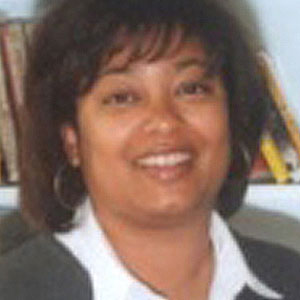 Dr. Candace Croney is the director of the Center for Animal Welfare Science and an associate professor of animal behavior and well-being in the Department of Comparative Pathobiology and the Department of Animal Sciences at Purdue University.

Her areas of expertise are in applied animal behavior, with emphasis on animal learning and welfare. Her research, teaching and outreach efforts focus on the interactions between animal learning, cognition and well–being, the effects of rearing environments and enrichment on animal behavior and welfare, the ethical implications of animal care and use decisions, and public perceptions of animal agriculture.

Her research on farm animal cognition has been featured in national and international broadcast programs by National Geographic, the BBC and their affiliates. In addition to serving as a scientific advisor on animal welfare to the American Humane Association, she has served as an animal welfare advisor to the Ohio Livestock Care Standards Board, American Humane Association, National Pork Board, National Pork Producers Council, Bob Evans Farms, P & G Inc., CFI’s Animal Care Review Panel, the Northwest Sustainable Dairy Program and the American Zoo and Aquarium Association.

She is the past U.S. Regional Secretary of the International Society of Applied Ethology, and past chair of the NC1029 working group on animal behavior and welfare and the regional animal bioethics working group (NCCC 209).