Three simple words that mean the world to animals in need and are the key to everything we do.

For 140 years American Humane has been first to serve the most vulnerable and step in wherever and whenever they need help. Founded in 1877, we are the country’s very first national humane organization, and since that time we have proudly been behind virtually every “first” in protecting the defenseless and building a better world for all of us.

That legacy of being first to serve continues today. During the past year…

American Humane is also first when it comes to turning charitable donations into effective action. Eighty-six cents of every dollar raised goes directly into programs – far more than any other national humane group – and part of the reason we were named a “Top-Rated Charity” with an “A” rating from CharityWatch, as well as the “Outstanding Animal Welfare Organization of the Year” by Pet Philanthropy Circle.

In the end, what is important is being there first for animals, every day…saving three tiny kittens we found starving, shivering, and covered with fleas as they huddled on a trash can lid following a devastating flood…providing a life-saving operation to a retired military hero dog coping with joint pain caused by a lifetime of service to our country…and saving the life of a Golden Retriever named Jake, a family pet who was shot by an unknown assailant and left to die. You’ll find many stories of hope, help and compassion like these in the following pages. With your help, American Humane will always be first to serve and protect animals in need. 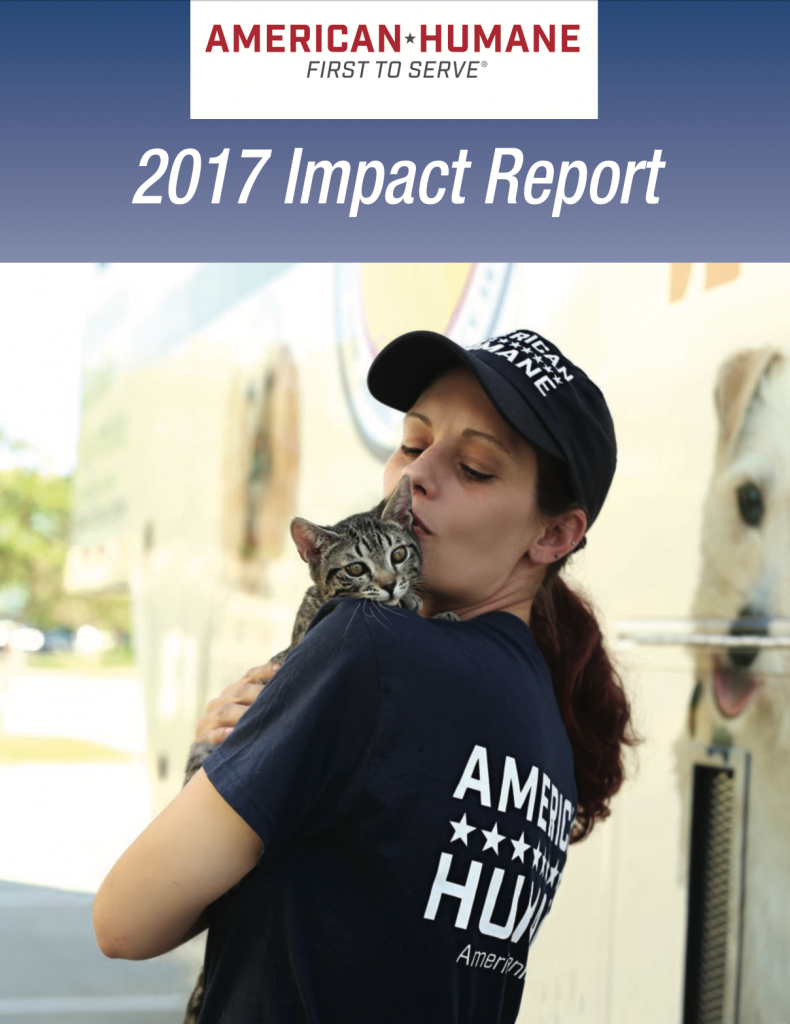