Humane Conservation™ is a certification program of American Humane, the first national humane organization in America and the world’s largest certifier of the welfare and humane treatment of animals in working and other environments. When you see the Humane Conservation program’s Humane Certified™ logo, be assured that the facility meets the highest standards of animal care. 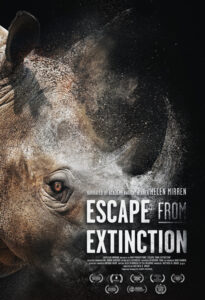 American Humane’s inaugural 90-minute documentary throws a vitally important spotlight on critical efforts that may be among the last, best chances to save one million species on the verge of a catastrophic mass extinction.

Narrated by Academy Award, Tony and Emmy-Award-winner Helen Mirren, the film examines the work of the major zoological organizations that are racing against the clock to preserve the million species disappearing in today’s Sixth Mass Extinction.

The Plight of Penguins

Penguins are a unique bird that have fascinated humans for centuries. Likely, this is because of their similarity to us. Penguins walk upright, they communicate in a similar pattern to humans, they like to play and have fun and many of them mate for life. They are also stylish and rock a permanent black-tie look! However, this hasn’t protected them…
Savannah Young / January 20, 2022

Stories from the Frontlines of the Conservation Movement

We love stories of hope and healing, especially from American Humane CertifiedTM zoological facilities that are working to build a better, more humane world for animals across the globe. As the dark, cold months come upon us this winter, we are thrilled to share some good news from the frontlines of the conservation movement. SeaWorld San Antonio announced the name of…
Savannah Young / December 2, 2021
See All Updates

Arks of Hope, Ambassadors for Animals