WASHINGTON, DISTRICT OF COLUMBIA, September 4, 2019 — Scores of beautiful cats and kittens filling a vulnerable shelter in in the path of monster hurricane Dorian are safe today after being evacuated by American Humane, the country’s first national humane organization. The animals are part of the first wave of rescues in advance of what is predicted to be a potentially catastrophic storm along the Carolinas. Volunteers with American Humane, which has been saving animals in disasters for more than 100 years, rushed to pick up the vulnerable pets at a shelter in South Carolina and drove them more than 700 miles to safe havens in New York and New Jersey where they can find lifesaving refuge from the storm and, just as important, find forever homes. The rescue was made possible by generous donors, including a grant from the Marta Heflin Foundation.

American Humane is continuing to coordinate with and reach out to shelters and municipalities to meet the coming need and readying its animal rescue team to deploy to the storm zone with the country’s leading water rescue experts, its giant 50-foot animal emergency vehicles, boats, and critical rescue equipment. In addition, American Humane President and CEO Robin Ganzert, PhD, who evacuated from her own Florida home, is working to reach millions in the projected hurricane zone with life-saving tips on how to protect pets before, during and after the storm.

“Animals in the storm’s path are in deadly danger and we are doing everything we can to get them out of harm’s way,” says Dr. Ganzert. “In the meantime, we are urging everyone who may be affected to prepare before the hurricane hits so that we may keep ourselves, our families, and our beloved pets safe.” 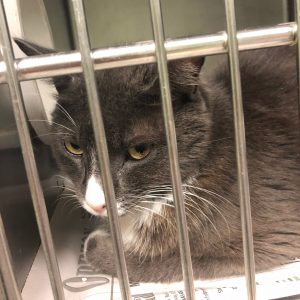 American Humane is the country’s first national humane organization, founded in 1877. The American Humane Rescue program has been involved in virtually every major relief effort during the past 100 years, starting in World War I when it rescued and cared for 68,000 war horses wounded each month on the battlefields of Europe, the Great Ohio Flood of 1937, Pearl Harbor, the terror attacks on 9/11, the Japanese earthquake, tsunami and nuclear disaster, Hurricanes Andrew, Camille, Katrina, Sandy, Harvey, Maria, Irma, Matthew and Florence, the tornadoes in Joplin and Oklahoma, the Louisiana, West Virginia and Oklahoma floods, and the California wildfires. To support American Humane’s efforts, please visit www.AmericanHumane.org.