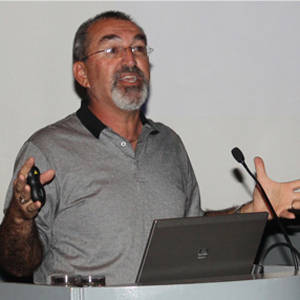 Sarge Bilgili was born March 26, 1954, in Ankara, Turkey. After completing the primary school in Ankara, he attended junior high school in Columbus, OH during a three year residence in the U.S. He completed high school in 1972 and received his D.V.M degree in 1977 as a class valedictorian, Faculty of Veterinary Medicine, Ankara University, Turkey. Upon graduation, he worked as a District Veterinarian in Sariyer, Istanbul, later returning to the Faculty of Veterinary Medicine, Istanbul University as a Research Assistant.

In 1978, he came to the U.S. with a national competitive graduate scholarship from the Ministry of Education, Turkey for graduate studies. He received his M.S. degree in Poultry Nutrition form Oregon State University in 1981 under the direction of Dr. George Arscott. In 1982, he accepted a graduate research assistantship at the Department of Poultry Science at Auburn University. He completed his Ph.D. degree on Avian Reproductive Physiology in 1984 under the direction of Dr. Joseph Renden. After completing his mandatory military service in Turkey, he joined Auburn University as an Extension Poultry Specialist and Assistant Professor in 1985.

The primary focus of the extension (75%) and research (25%) appointment of Dr. Bilgili has been the assessment, development, and implementation of live production and processing technologies to improve carcass quality, yield and wholesomeness of broilers. Extension program has been complemented and strengthened by applied research and field trials targeting the immediate needs of the poultry industry.