Home / Publications / Research / Back Arch Posture in Dairy Cows – An Indicator of Early Signs of Lameness?

More than 90 percent of the common causes of lameness in cows are treatable, especially if early diagnosis can be made. With the support of American Humane, this study evaluated practical methods for identifying lameness in cows – something needed by the industry as it strives to meet welfare auditing standards. To determine which cows were in the lame or non-lame group, cows were given locomotion scores by one trained visual observer as they exited the milking parlor and where later observed in lockup as the barn crew cleaned their pens. Pictures and videos of lame and non-lame cows were collected and analyzed for “deviation from flat back” where 180° corresponded to a perfectly flat back. One important finding was that the average proportion of time cows displayed an arched back was significantly higher for lame cows when back arch was observed at multiple times within one hour. An application of this finding could be used by veterinarians during regular herd visit checks to better detect lameness within herds. More research is needed to make this observational method effective. 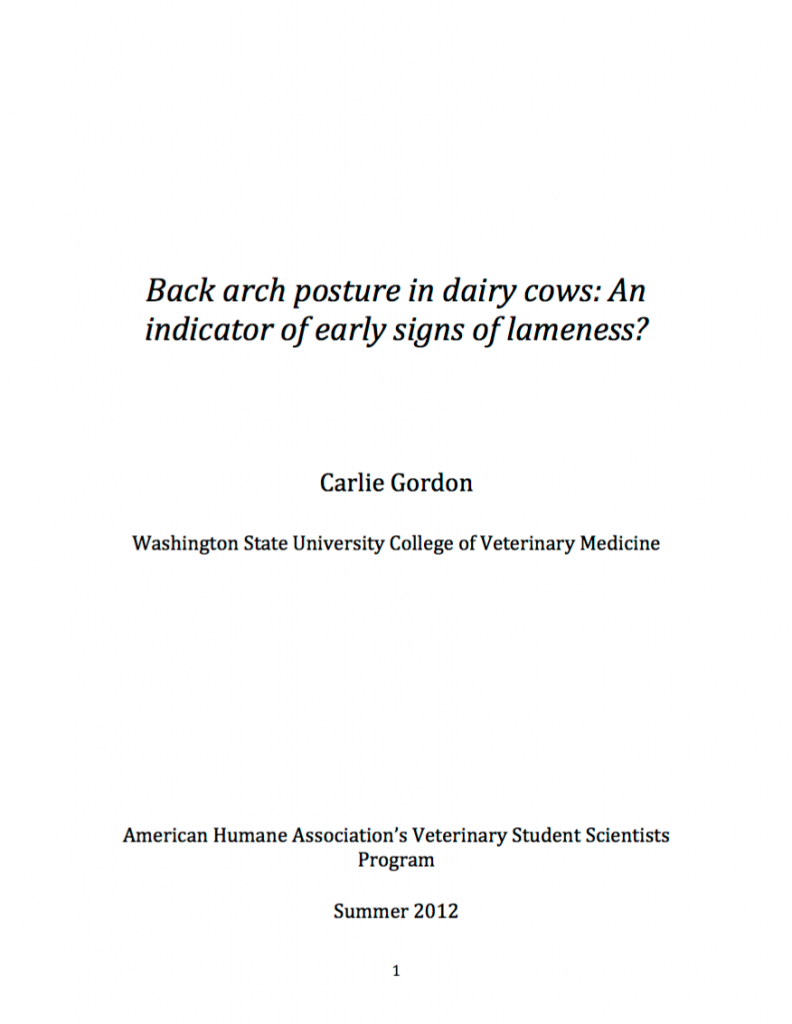