Farm animal welfare is a growing issue of importance in this country as values-driven consumers seek to better understand the role of animals in food production. Americans have always celebrated choice on a host of decisions, including what is served at family dinner tables. And for many families, animal protein remains a staple in their diets.

American Humane recently launched its second national survey to determine where consumers landed on the issue of humanely raised products. With more than 5,900 survey participants, the results showed continued concern about farm animal welfare, as well as ongoing consumer support for humanely raised labels. The results included that:

Our American Humane Certified™ farm animal welfare program, the nation’s first, largest and fastest-growing independent third-party audit program dedicated to the humane treatment of farm animals, reached a milestone with one billion animals audited under the science-based certification standards in 2013. Major strides have been made in a few short years to ensure the health and welfare of farm animals, as this now represents 10 percent of animals raised on American farms and ranches. 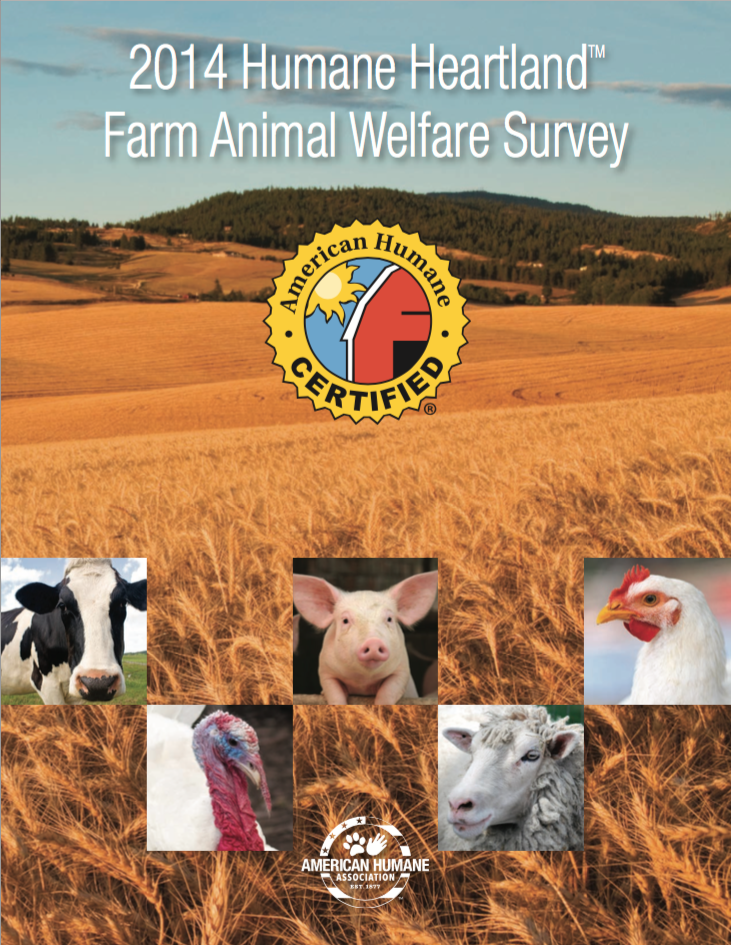