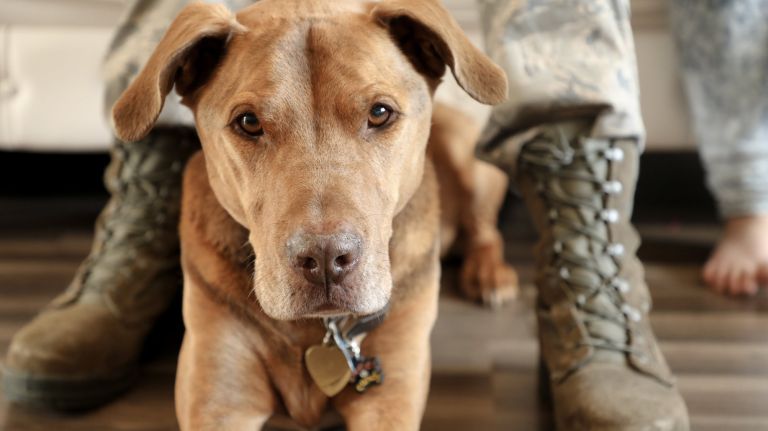 The U.S. Postal Service recently announced that it was paying tribute to military working dogs by issuing a stamp in their honor.  It is well-deserved and a project our organization supported and applauds. We should never forget their service as these four-legged warriors courageously risk their lives every day. The stamps feature the German shepherd, Labrador retriever, Belgian Malinois and Dutch shepherd that commonly serve in the U.S. military.

More than 2,300 military working dogs serve on U.S. military bases worldwide. They work like a soldier in every way, shape and form, and are the most important animal in war today with their incredible sense of smell to sniff out bombs before detonation. It has been estimated that a highly trained military dog can save the lives of up to 150 to 200 service men and women during its career.

The new stamp offers a visual reminder of their work and sacrifice. Its unveiling also provides a call to action opportunity for what more we can do for these heroic K9s, specifically reuniting more retired military dogs who are left overseas with their former handlers. The bond between military dogs and their handlers is cemented during deployments and in war where one can’t work or survive without the other.

After years of being classified as “equipment” and thousands of military dogs being disposed of or left overseas, American Humane worked with Congress to require that military working dogs be brought back to U.S. soil upon retirement and that their handlers and families should be given first rights of adoption. The benefits to both soldier and dog are immeasurable. Unfortunately, these canine veterans are still sometimes separated from their human counterpart. We need a greater commitment to reuniting these military pairs. It’s the very least our country— and we — can do in return.