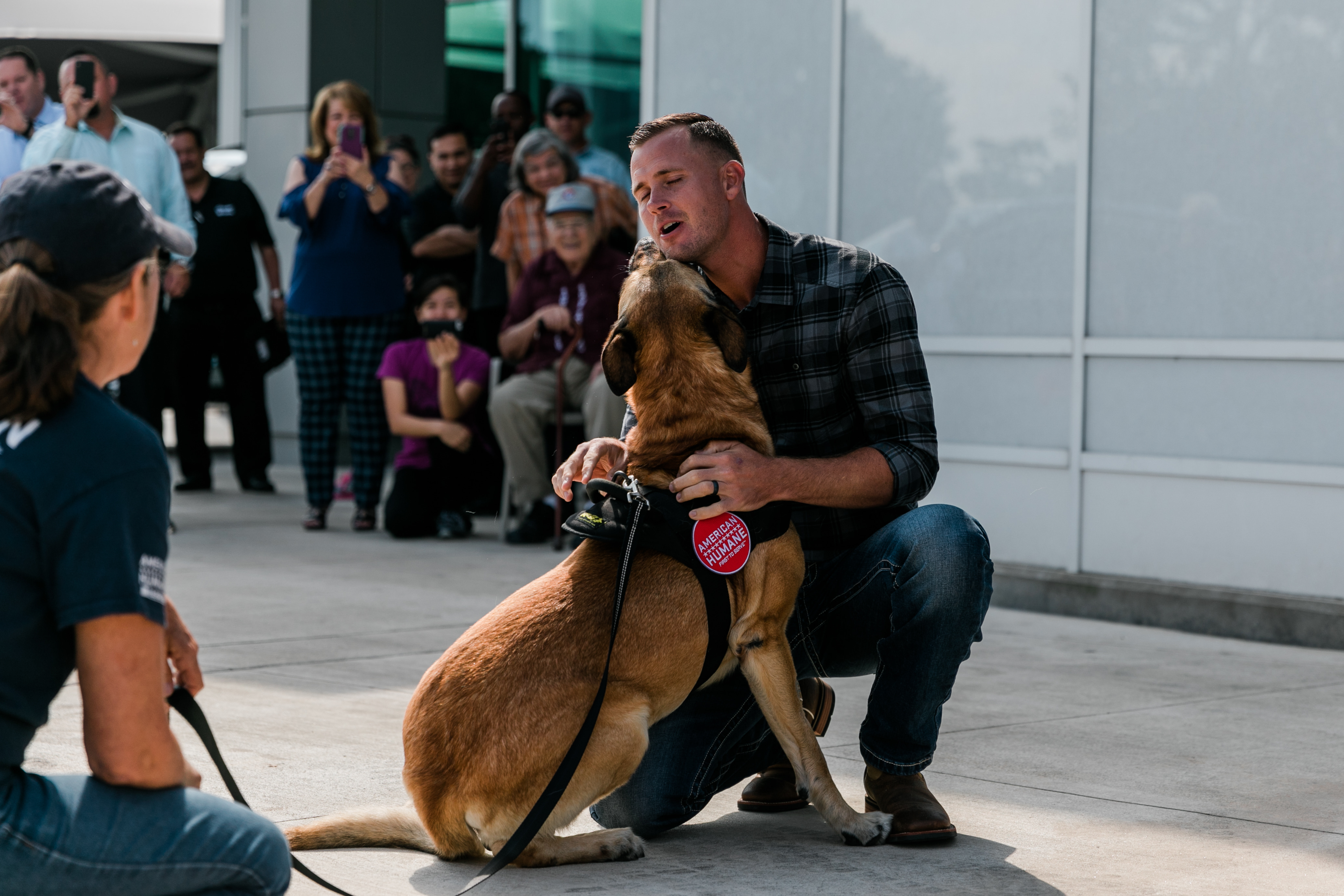 Military working dog (MWD) Kkeaton, who bravely served as a patrol explosive detector dog protecting our troops, retired from service and was reunited Tuesday in San Antonio with his former handler, U.S. Marine Corps Cpl. Aaron Stice. Kkeaton, a seven-year-old Belgian Malinois, and Cpl. Stice last saw each other in October 2018 after serving together for nearly three years.

American Humane has been working to support the U.S. military, veterans, and military animals for more than 100 years. One of its many efforts is reuniting military working dogs retiring from service with the people who care most about them – their former handlers.

“American Humane is proud of our history of supporting the nation’s veterans, including four-legged military K-9s who play a critical role in keeping our troops safe,” said Robin Ganzert, PhD, American Humane president and CEO. “We were thrilled to help reunite K-9 Kkeaton and Cpl. Stice and wish them the very best.”

“Escorting K-9 Kkeaton on his cross-country journey back into the arms of his former handler and best friend was an incredible honor I’ll never forget,” said Lesa Staubus, DVM, American Humane veterinarian. “He deserves all the happiness in the world, and I’m excited for him to experience a comfortable retirement with the Stice family.”

Photos from the reunification are available here.