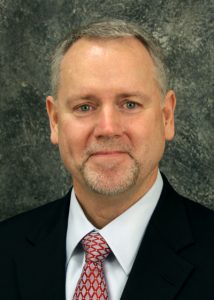 Dr. McFarland, a longtime advocate of animal welfare and human-animal bond research, is currently the Group Director of Companion Animal Marketing at Zoetis.  He has been a veterinarian for more than 30 years, including 15 years in emergency medicine. He is an Outstanding Alumnus of the Texas A&M University College of Veterinary Medicine and the co-creator and executive sponsor of the Zoetis K-9 Courage™ Program, which provides financial support for veterinary expenses to hundreds of retired military working dogs and police dogs annually. Dr. McFarland is also a champion of lifesaving disaster relief efforts, as evidenced in his leadership of Zoetis’ emergency response in the aftermath of the recent Louisiana floods, as well as Hurricanes Sandy and Katrina and other major crises. He is one of the founders of, and currently Vice President of the board of trustees for, the Human Animal Bond Research Initiative. He serves on American Humane’s board of directors and contributed to the ideation and design for its Canines and Childhood Cancer Study.

“Dr. McFarland’s unwavering dedication to animal welfare is a true testament to his character and values, and we are honored to recognize a person of his caliber with our most prestigious award,” said Dr. Ganzert.

“I am humbled by this recognition, and I’m so proud and privileged to be associated with such an outstanding organization as American Humane,” said Dr. McFarland.  “I’m also very grateful for the support from Zoetis over the years, providing me with the time and the resources to support our shared mission of saving and improving the lives of animals, as well as the people who love them.”

The American Humane Hero Dog Awards are presented by the Lois Pope LIFE Foundation and will be broadcast nationally on Hallmark Channel on October 28, 2016 at 8:00 p.m. ET/7:00 p.m. PT.