October 15, 2021 — American Humane, the country’s first national humane organization, which for 144 years has been first to serve in the protection of animals, has named Karthik Devarajan as its chief technology officer.

Devarajan has more than 15 years of experience serving nonprofit and educational organizations. Most recently, he served as the senior director of IT at the Association of American Colleges & Universities, helping them implement technology solutions that expanded their membership to international markets and helped them pivot to a virtual model for conferences, institutes and workshops.

Before that, Devarajan was the director of IT at Maryland Legal Aid and has advised other non-profits across the country in technology evaluations and decision-making.

Devarajan is the latest in a growing roster of top-tier executives charged with carrying out an ambitious agenda championed by American Humane President and CEO Dr. Robin Ganzert to help further extend the nonprofit’s charitable impact around the world.

“First-class technological expertise is more important in fulfilling mission-driven growth today than ever before,” said Dr. Ganzert. “Karthik’s experience will help our efforts to run ever more efficiently, reach more people and help more animals in need. We are pleased to have him in this critically important new position.”

“I am honored and humbled to join an enormously important organization that is committed to improving the lives of animals,” said Mr. Devarajan. “American Humane has been at the forefront of every major advance in the humane field and I’m thrilled to join an exceptional team of colleagues to accelerate its impact. I’m looking forward to bringing my expertise to American Humane to help achieve its growth goals in 2022 and beyond through transformative technology.”

Devarajan holds a Bachelor’s degree in Civil Engineering from National Institute of Technology, an MS in Information Systems from University of Nebraska and an MBA from University of Arkansas. He enjoys combining his love of travel with his interest in different cuisines. Devarajan is fluent in Tamil and Hindi. He lives with his wife and two sons in Maryland.

Devarajan joins the senior leadership of an organization that puts a premium on responsible stewardship of charitable dollars. American Humane is the only national humane group with a top “Four-Star Rating” from Charity Navigator and more than 91 cents of every dollar spent goes directly to programs. American Humane has been named a “Top-Rated Charity” with an “A” rating by both the American Institute of Philanthropy’s CharityWatch and Great Nonprofits and was awarded the gold level seal from GuideStar USA. The organization has also earned the Independent Charities Seal of Excellence, was awarded inclusion on Better Business Bureau’s prestigious Wise Giving Alliance Accredited Charities list and was designated as a “Best Charity” by Consumer Reports. 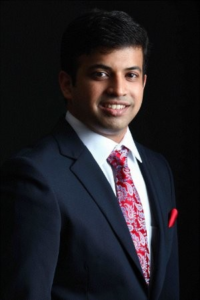 American Humane is the country’s first national humane organization. Founded in 1877, American Humane is committed to ensuring the safety, welfare, and well-being of animals, and our leadership programs are first to serve in promoting and nurturing the bonds between animals and people. For more information or to support our work, please visit www.americanhumane.org and follow us on Facebook and Twitter.