In the southern state of Tennessee, more than 30 dogs were seized by local authorities before the impending snowstorm that ravaged the country, bringing freezing cold temperatures and inches of snow. The dogs, who were living in horrendous conditions exposed to the elements, would have frozen to death if help had not come. The American Humane rescue team rushed to support our local partners to provide temporary emergency shelter for the abused and neglected pups who were found emaciated, severely malnourished and riddled with worms and parasites.

Since last week, our team of first responders has been working non-stop, providing the dogs and puppies with nourishing meals, medical treatment and intensive TLC to help them recover from the nightmare that had been their lives. The dogs had no positive human interaction in their previous life and feel nothing but fear when they see people. Their coats, which should be long, shiny and beautiful, are matted to the skin and full of feces.

On site, the incredible rescue team has already made an amazing difference for these poor, suffering animals. Providing critical medical treatment was the first step. All the dogs were vetted for health concerns and are being cared for based on their specific needs. They are all also being treated with dewormers and receiving multiple highly nutritious meals a day.

The pups are being kept in a warm shelter, cozied up with blankets and fleeces. 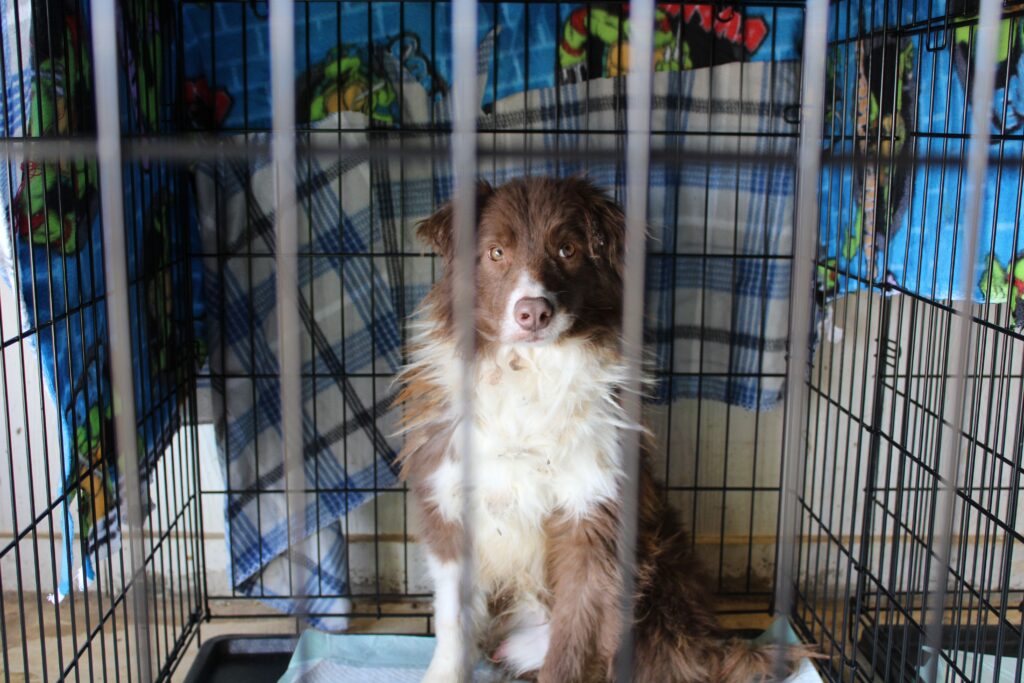 The second priority was tending to the dogs’ grooming needs. A professional groomer was brought in to bathe and carefully remove mats and clip some of the dogs.  The dogs received baths and proper treatment for their wounds. It is amazing to see the small body that was revealed within the mess of fur – an innocent, defenseless animal that had already been through so much hardship. As they shed the weight of their hair and tangles, you could see them become lighter and freer. They perked up and could move with ease. This is just one small step, but it has already made an enormous difference. 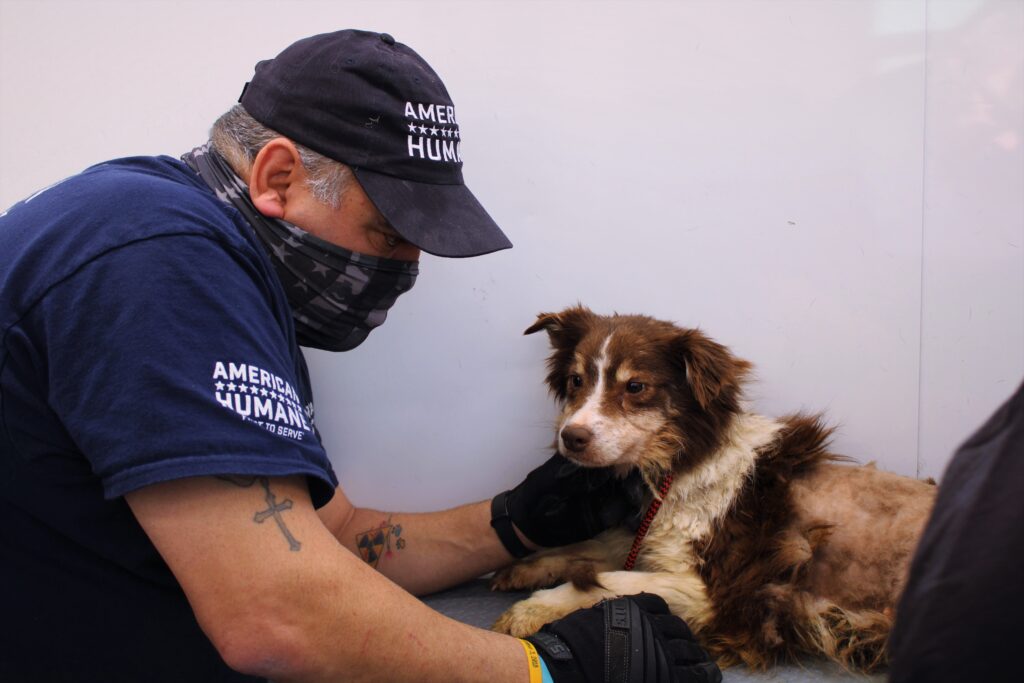 Now with the necessary medical treatment and grooming underway, human socialization is the goal. The first responders hold treats up to the dogs, willing them to take the treat from their hands. It is devastating to see some of the dogs cower as people approach.  The hope is that the dogs will become more comfortable taking food from people which will in turn allow them to relax and become more trusting. Already, huge strides have been made. 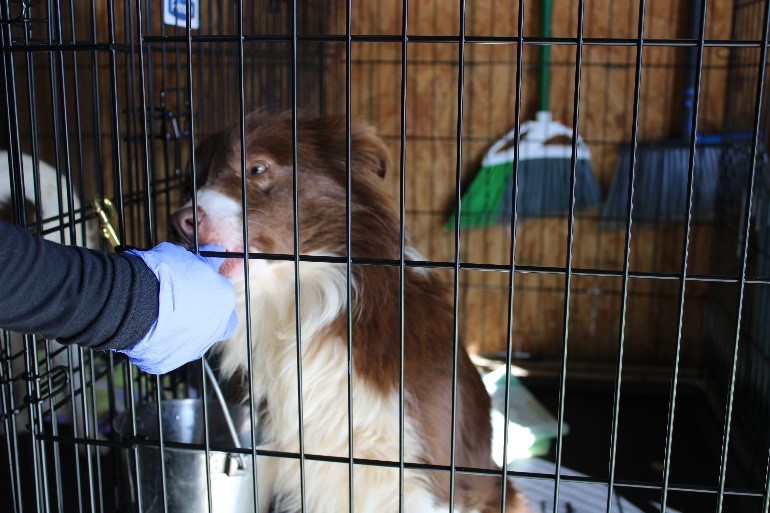 This little girl in particular is becoming known for her sweet, gentle personality. We’ve taken to calling her Sweetie Pie. She already happily takes treats and will even give licks and kisses. She wags her tail and seems to smile as people approach her. In time, we hope all the dogs will follow suit and realize that people can be friends.

These animals deserve a second chance at life, and we can help give them that. If you are able, please support our ongoing efforts donate today.