Home / Blog Posts / Renewed Urgency in the Fight for Conservation

On Wednesday, the U.S. Fish and Wildlife Service announced that it believes 23 bird, fish, mollusk and plant species are extinct. A sad day for conservationists, it is a sobering reminder of the importance of conserving and preserving Earth’s precious biodiversity.

Of particular prominence are the ivory-billed woodpecker, which was last officially observed in 1944, and Bachman’s warbler, which hasn’t been seen since 1988. For decades, dewy-eyed birdwatchers hoped to catch a glimpse of the elusive woodpecker, and several unconfirmed sightings gave scientists optimism. The U.S. Fish and Wildlife Service officially proposed removing these species from the Endangered Species Act, since it believes they can no longer be found and, therefore, no longer helped. 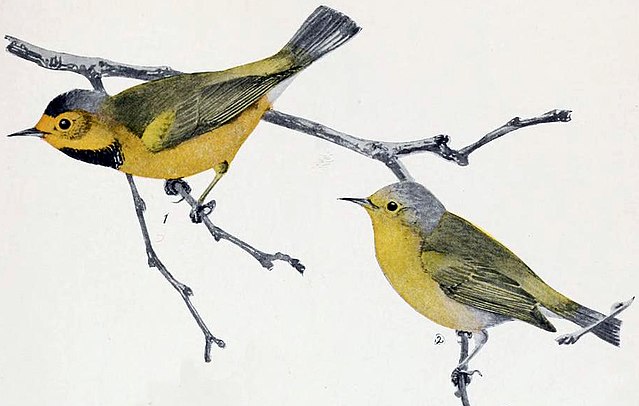 For future generations, the loss of species is devastating. America’s children will never hear the bright yellow warbler sing – it has been lost to us forever. Sadly, there are fewer and fewer animals in the wild. According to one study, bird populations in the United States and Canada dropped by a staggering 29 percent during the last four decades – that means 7.2 billion fewer birds are flying in the skies.

Luckily, there is hope for the on the horizon. The world’s leading zoological institutions are working overtime to save and preserve at-risk species for our posterity. Consider the Loro Parque Foundation, which has saved nine species of parrots from extinction. American Humane applauds institutions that are fighting back against the Sixth Mass Extinction.

American Humane’s debut documentary, Escape from Extinction, chronicles the stories of those on the frontlines of the conservation movement. Narrated by Academy Award, Tony and Emmy Award-winner Dame Helen Mirren, “Escape from Extinction” shows viewers the on-the-ground work done by scientists, researchers and conservationists from around the globe.

To learn more about the fight to save Earth’s precious species, and the work being done already, stream Escape from Extinction through video on demand services like iTunes and Amazon.

Imagine being separated from your best friend for more than a year… That’s what happened when SSgt Sheridyn was forced to leave MWD Irk – her working partner and best friend. Watch the amazing moment they were finally reunited: https://bit.ly/3IedXVp #BattleBuddies #Military

They need you. This #HolidaySeason, #rescue an animal in need and give the give of #love and a home.

We love stories of #hope and #healing, especially from #HumaneCertified zoological facilities that are working to build a better, more humane world for animals across the globe. Read some good news from the frontlines of the #conservation movement: https://www.americanhumane.org/blog/stories-from-the-frontlines-of-the-conservation-movement/