By popular demand, we are accepting nominations for the 2021 Hero Dog Awards for ONE MORE WEEK! The American Humane Hero Dog Awards® is an annual, nationwide competition, now in its 11th year, that searches out and recognizes America’s Hero Dogs – often ordinary dogs who do extraordinary things, whether it’s saving lives on the battlefield, lending sight or hearing to a human companion, or simply providing the tail-wagging welcome a pet owner relishes at the end of a hard day.

Each year, hundreds of dogs vie for the coveted title of ‘American Hero Dog,’ and in 2020, MacKenzie was selected as the winner – a small four-pound chihuahua who walked away with this top honor because of her big heart. MacKenzie was recognized in a star-studded virtual event that aired on Hallmark Channel to millions of households across the country. She received national media coverage and became a symbol of hope and love during the crazy times of 2020. 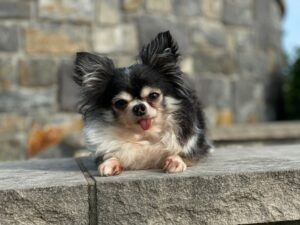 Who will be the next MacKenzie, receiving the highest honor in all the canine world? To ensure ample time in the nomination process, and search out the best of the best, we are extending the nomination deadline to March 9 at 12 p.m. PT/3 p.m. ET. We want YOUR pup to be in the running so nominate your dog today!

Cole may be deaf, but he is helping people hear his message: a disability is not an inability, it’s a superpower! Read more about Cole, the 2022 Therapy Hero Dog: https://bit.ly/3wfVkvT. #HeroDogAwards @ColeDeaf