This week, we welcomed retired Military Working Dog Bogi back home to the United States! The five-year-old Belgian Malinois completed her journey across the Pacific Ocean, traveling from Iwakuni, Japan to Honolulu, Hawaii, where U.S. Marine Corps Sergeant Angela Cardone waited for her with open arms.

The two trained together for fifteen months while they were both stationed in Japan. They formed an unbreakable bond and weren’t just partners, but best friends. Bogi’s specialties included narcotics detection, safety sweeps and vehicle searches, but she was also a support system for Sgt. Cardone. Bogi built Sgt. Cardone’s confidence as a dog handler and a person, and they depended on each other – they were each other’s family.

The two were forced to separate when Sgt. Cardone was reassigned to Hawaii and for a year and a half, Sgt. Cardone worried she would never see her sweet canine companion again.

“It kind of felt like a piece of me was missing,” Sgt. Cardone told PEOPLE. 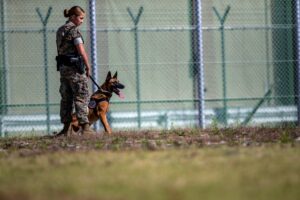 When Sgt. Cardone learned that Bogi was going to be medically retired due to a neck injury, she instantly knew she wanted to do – she was going to adopt Bogi and they were going to become a real family.

Sgt. Cardone reached out to American Humane for help and we were honored to provide the logistical and financial support necessary to bring Bogi home. Every dog that serves alongside our brave men and women in uniform deserves our thanks and a restful retirement, and now Bogi will be able to relax, play and be a normal dog with the person who loves her most – her partner and friend, Sgt. Cardone.

On February 16, 2021 at the Queen Kapi’olani Hotel, the two were finally reunited in a magical, heartwarming reunion on the beaches of Hawaii. Anyone in attendance could see the instant recognition and excitement in Bogi’s eyes – she was home. 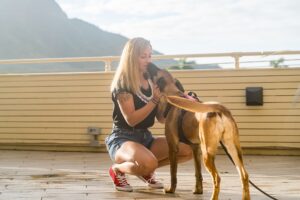 The majestic emperor penguins are predicted to become extinct within the century. Today, on #NationalPenguinDay, learn more about the plight of #penguins and how you can help: https://bit.ly/3ruFiuR #PenguinDay #EscapeFromExtinction

Arctic air is expected to hit much of the central and eastern United States later this week and could bring more #snow and #ice as thaw from #WinterStormIzzy continues. Ensure you are prepared to protect your #pets: https://bit.ly/3hD5xdm #WinterStorm #Forecast

"Ruby has been a blessing to me and my family... Her calm presence is exactly what I needed in my life," said Daniel, a @USMC veteran about his new #ServiceDog, Ruby. We are honored to save lives on both ends of the leash through our #Pups4Patriots program.