The American Humane Rescue team received an urgent call from Tennessee authorities. What local officials had discovered on a nearby property was jarring – 26 dogs living outside in a flooded mud pit after their owners had been arrested. The dogs were covered in mud and fecal matter, and were emaciated, shaken, and scared. 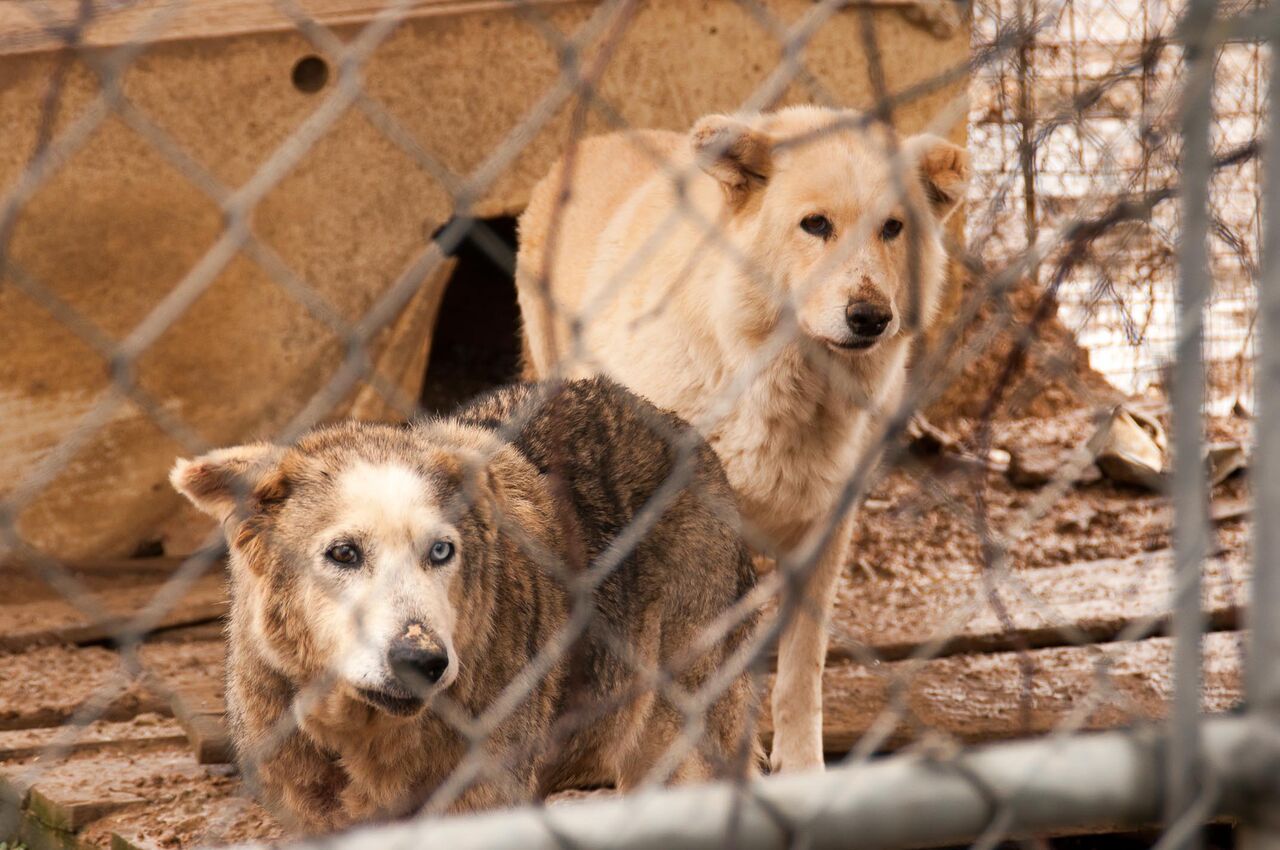 The American Humane Rescue team and one of our giant 50-foot emergency vehicles, which was underwritten by television personality Ellen DeGeneres and the Walmart Foundation, immediately deployed to Tennessee. After arriving on the scene, our team launched a weeklong rescue operation to save the dogs. We secured the last dog on the property—a black Labradoodle who had been running free for days and had collapsed next to the now-empty mud pit that formerly held his 25 companions. It was as if the pup realized that all his friends had been rescued by our team… and he was ready to be saved, too.

The rescued dogs were transported from the abandoned property to a temporary emergency shelter, where our teams administered medical treatment and worked to soothe the dogs’ upset, malnourished bellies. We used meal times to build up their timid trust of humans, and hand fed them to develop a positive bond. 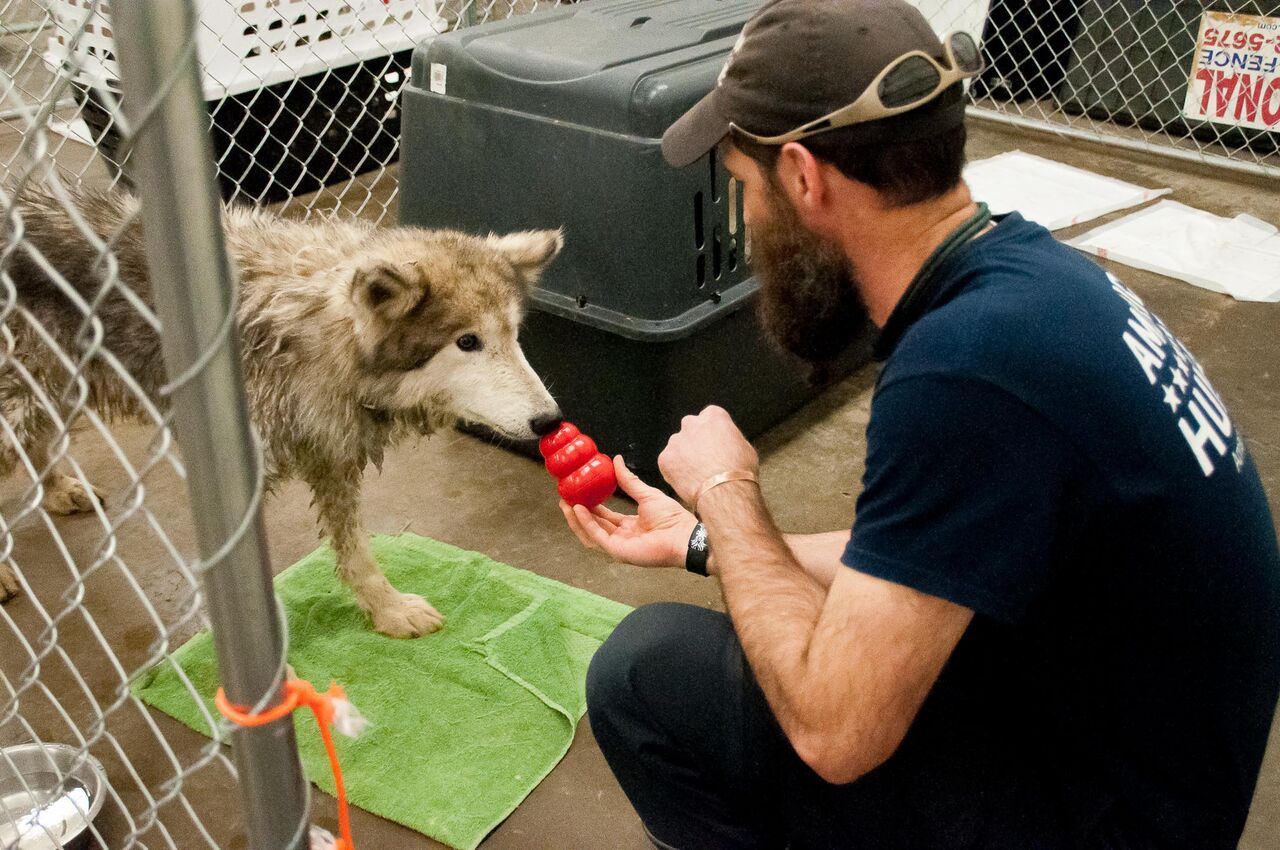 The dogs slowly began to make progress… one pup went from cowering in the corner of his crate each time one of our team members passed by to curiously approaching a volunteer who entered his crate with a rubber toy. He sniffed the toy, confused. We don’t think this sweet boy had ever had a toy of his own before.

More than a week after deploying to Tennessee, our American Humane Rescue team remains on the ground, providing the dogs with care and working to place them in local animal shelters, where they will remain until they’re able to find permanent homes. 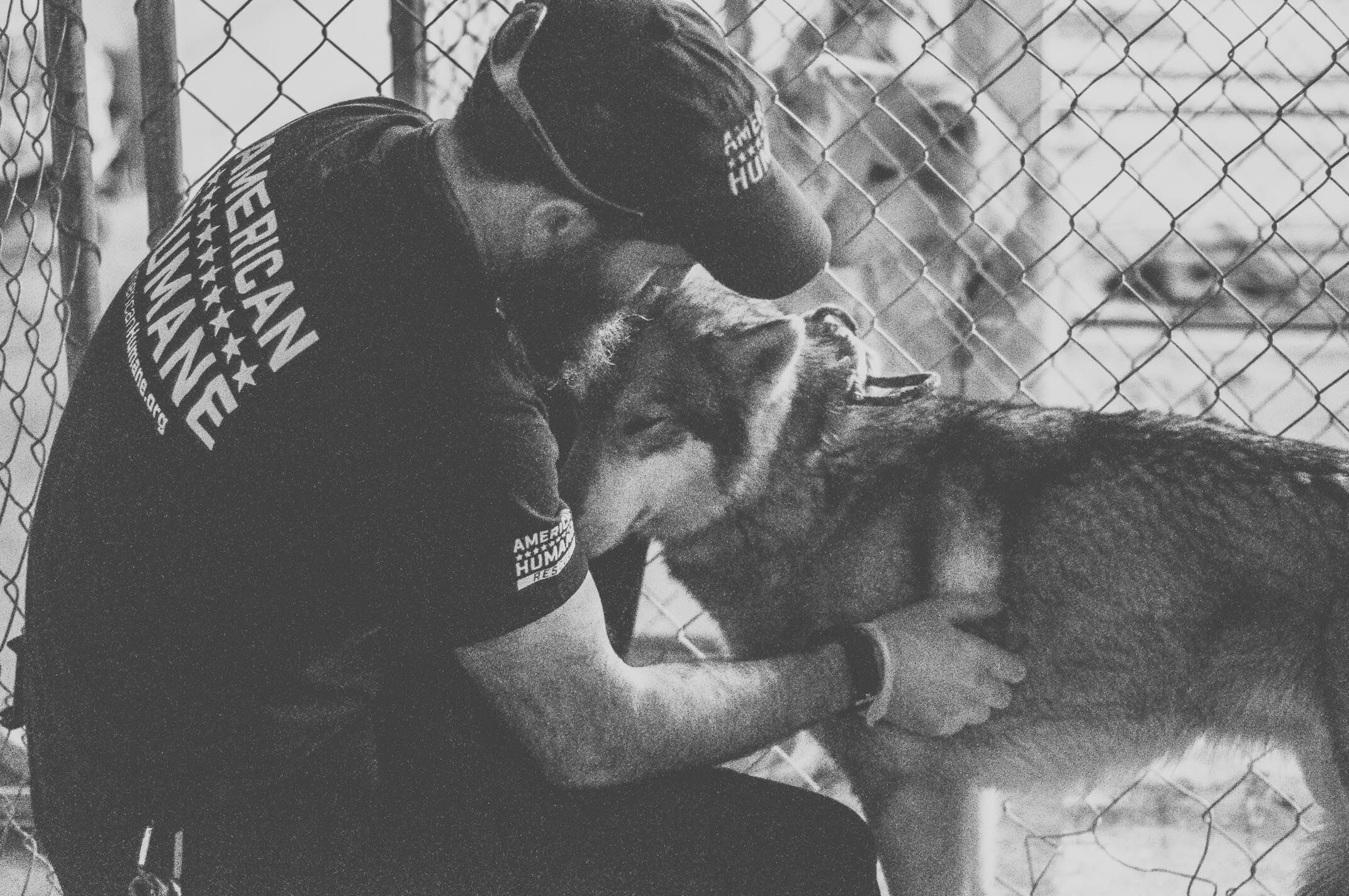 Our American Humane Rescue team works tirelessly year-round to help animals in crisis situations, and this Tennessee deployment was no exception. Although these poor dogs have a long road of recovery ahead of them, we’re so proud to have changed their lives for the better.

Thank you for allowing American Humane to continue to conduct lifesaving rescue operations like this.